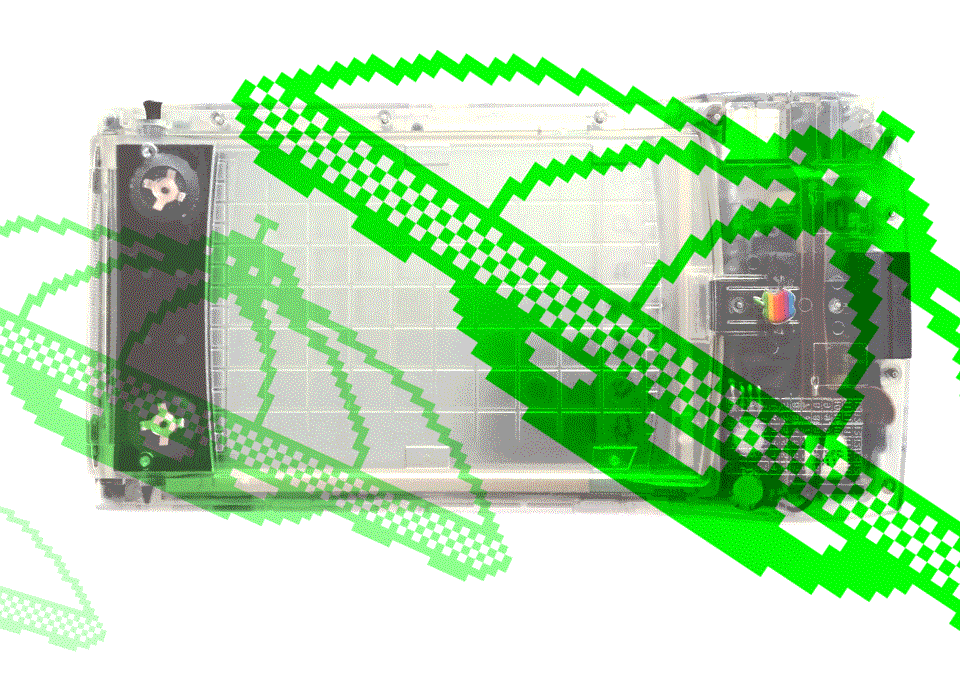 One of the Newton software types make a trek to the (very) small town of Rachel, Nevada, which is located at the edge of a secret government airbase. The base, called “Area 51,” is thought by UFO-enthusiasts to be filled with alien technology which the government is in the process of reverse engineering. Meanwhile, the government denies the very existence of the base, in spite of widespread media coverage (“Larry King Live from Area 51”, etc.).

We figured it’d be funny to put a reference to Area 51 in the Newton — especially given the substantial overlap between conspiracy buffs and computer nerds. So, in the “Time Zones” application, contains a world map, we put an entry for Area 51 in its correct location. Later, we added a twist — if the user picks Area 51 from the map, the icons in the datebook application take on an alien theme. Normally, meetings are represented by an icon of two people face-to-face, events are represented by a flag, etc., etc. But when Area 51 has been chosen, the icon for a meeting is a person facing an alien, the icon for an event is a flying saucer, a to-do task is represented by a robot, an so on. Okay, cute enough.

When the 2.0 ROM has been declared final, seed units have been in customers’ hands for a little while, and the release is just about ready to go. One of the seed units, it turns out, was sent to a cryptographer working for the CIA. When he found that Area 51 was listed at the correct latitude/longitude, he complained to Apple, demanding the removal of the easter egg and threatening to have his superiors take the issue to Spindler if necessary. In the end, Newton management caved in to the demand, and decided to pull the joke out of the system.

But the ROM was already done — so the feature was hidden by a software patch (“System Update”) — but this part of the patch can itself be removed, and “Area 51” returned to its rightful glory. Here’s how to get the easter egg back:

You’ll find that Area 51 is on the map — just tap near Las Vegas and choose Area 51 from the popup. Now look at the icons in Dates. (To purge the aliens from your PDA, open the back and press reset).